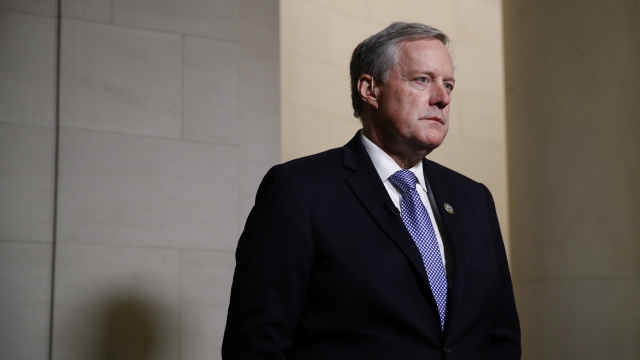 The Republican resigned from Congress Monday evening, telling House Speaker Nancy Pelosi in a letter, "Serving the people of North Carolina's eleventh congressional district for these last seven years has been the honor of my life."

Meadows' term in the House had originally been scheduled to end in 2021. He'd previously announced he wouldn't seek re-election.

President Donald Trump announced in early March that Meadows would be taking over for Mick Mulvaney as his chief of staff. Since then, Meadows has reportedly been visiting the White House frequently as he transitioned into the role.

That transition period was made slightly more complicated as Meadows and Mulvaney both briefly went into self-quarantine after possibly being exposed to the coronavirus. Both ended up testing negative for COVID-19.

Meadows is the president's fourth chief of staff.