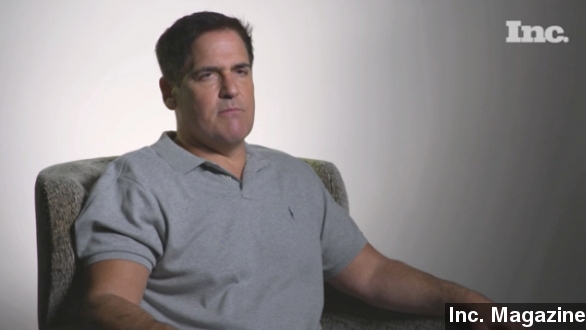 By Matt Moreno
May 22, 2014
Dallas Mavericks owner Mark Cuban is known for speaking his mind, but his most recent comments are rubbing some the wrong way.
SHOW TRANSCRIPT

Just what the NBA needs — another owner weighing in on issues of race.

Cuban went on to say, "We all have our prejudices and bigotries, we have to learn that it's an issue that we have to control." (Via Inc. magazine)

Not surprisingly, his comments didn't quite go over well with everyone.

A writer for Bleacher Report says: ​"It ... sounds, you know, kind of racist. ... And that's before we even get to the 'shaved head and tattoos' remark, which comes off as comparably insensitive."

ESPN analyst Bomani Jones also seemed to take issue with Cuban's comments. Jones and Cuban got into a bit of a Twitter beef Thursday. Jones said he wouldn't cross the street if he saw the people Cuban mentioned. (Via Twitter / @bomani_jones)

Although Cuban's comments might appear pretty jarring or controversial, some are saying Cuban was just being honest and they don't have any issues with what he said.

STEPHAN A. SMITH: "I took no issue whatsoever with what Mark Cuban said not only because he was forthright, very candid and honest, but also he happens to be correct." (Via ESPN)

Deadspin didn't really seem to find much wrong with Cuban's comments, either. One writer compiled a list of people he'd cross the street to avoid and wrote: "Who's to say it's WRONG to cross the street from a suspicious looking fella? Perhaps you're actually using good judgment!"

Of course, all this comes on the heels of comments from Clippers owner Donald Sterling that got him banned from the NBA. When news broke of that, Cuban called Sterling's comments "obviously racist." (Via CNN)

Cuban and other owners around the league are expected to vote June 3 to decide whether Sterling should be forced to sell the Clippers due to his comments.