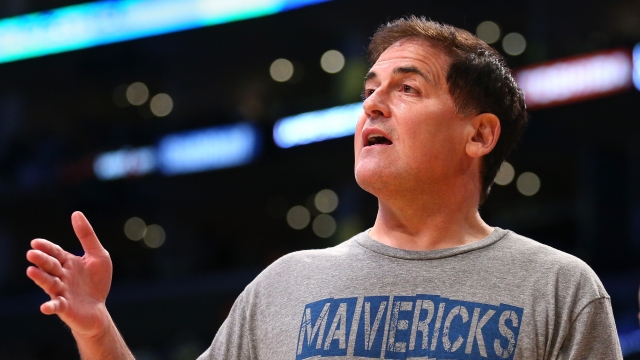 SMS
Mark Cuban Pledged $1 Million To Help Protect Dallas LGBTQ Community
By Grant Suneson
By Grant Suneson
June 15, 2016
The money will go toward Dallas police so they can protect Oak Lawn, a popular LGBTQ hotspot in the city.
SHOW TRANSCRIPT

In light of the Orlando shooting that killed 49 people at a gay nightclub, billionaire Mark Cuban showed he's willing to pay to try to prevent a similar attack on Dallas' LGBTQ community.

The outspoken Dallas Mavericks owner pledged $1 million to city police to help them try to ensure the safety of people in the Oak Lawn area, a hotspot for the LGBTQ people in Dallas.

The money will go to creating a safer environment, providing around 16,000 hours of overtime for counterterrorism efforts and additional police presence in Oak Lawn, an area that sorely needs it.

The neighborhood has seen more than a dozen attacks on gay men in the past year but no arrests.

Dallas Mayor Mike Rawlings praised Cuban for the donation, saying: "Mark has demonstrated his devotion to his city by stepping up in a time of need. ... He is a man of action who cares deeply about his fellow Dallasites."

Cuban said he was "proud to be able to help the city of Dallas."

This video includes clips from KTVT, WFAA and CNN and images from Getty Images.