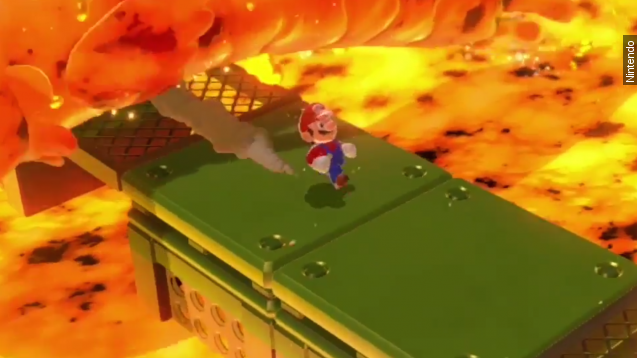 In that time, the plumber has goomba-stomped his way to widespread cultural fame, apparently for good. (Video via Nintendo)

Mario creator Shigeru Miyamoto told Newsbeat one reason — as far as the enduring success of Mario’s games are concerned — is because, "The basic gameplay hasn't really changed much."

In other words, Mario was good at running and jumping back in 1985, and he’s still good at it today. That, and driving go-karts and beating up other Nintendo characters. (Video via Nintendo)

To commemorate 30 years of platforming, go-karting and franchise fisticuffs, Nintendo has released Super Mario Maker, which puts the design of Mario’s side-scrolly worlds in the hands of the players for the first time. (Video via Nintendo)

That’s a far cry from Mario’s first haunts. Miyamoto says he would design the first ever Super Mario levels on graph paper before handing them off to programmers for construction in-game. (Video via Eurogamer)

Giving the players control over the levels themselves is a big next step for Mario, says Miyamoto. He told NPR "the creativity of the player is what really makes the Mario games fun."

It’s been pretty boundless otherwise. You probably recognize this music, after all. (Video via YouTube / Henning Grote)