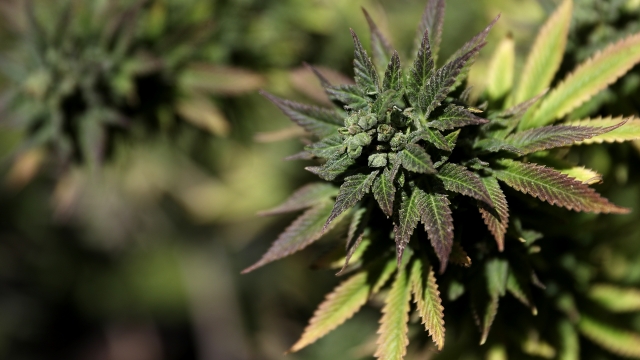 A handful of states have been raking in millions of dollars in recent years from taxes on legal marijuana, and now even more states are considering legalizing weed to reap the financial benefits.

But a new report found that cash windfall is unpredictable, and warns state lawmakers not to rely on that money for ongoing expenses like health care and education funds.

"You know, any program using the funds, could see a funding shortfall given the uncertainty from year to year," said Alexandria Zhang, one of the researchers behind the new report  from the Pew Charitable Trusts.

The legal marijuana market is still pretty young -- Colorado and Washington were the first to get their markets up and running in 2014 -- and researchers say a lack of historical data on marijuana consumption and demand has made it harder for forecasters to predict how much money states could make from taxes on legal weed.

"We've seen in Nevada's first six months of sales, revenue being collected at 40% higher than forecasted, while in California revenue in the first six months came in at 45% lower than the state's initial projections," Zhang said.

States have seen steady revenue increases every year since they've legalized sales. Last year, Washington made over $420 million from marijuana , more than both alcohol and tobacco.

But as markets mature that growth has slowed.

Industry experts say there's a few reasons for this. The initial excitement around cannabis legalization and the cannatourism that comes with it, generates a lot of business at first, but that novelty wears off over time and demand eventually drops.

Some states also launched their pot markets with higher tax rates and lots of regulations at first, and later loosened up as the market expanded.

"If states, as well as the federal government, were to ease some of the unfair financial burdens placed on cannabis entrepreneurs, we would see more successful small businesses, greater displacement of the illicit market, and increased tax revenue in the long run."

But the bigger problem, Zhang says, is that the overall uncertainty can make it harder for policy makers to know how to allocate the money wisely.

"The important thing for policy makers to know for legalized recreational marijuana is that the best way to manage the uncertainty around this revenue source is to budget the revenue in careful ways," she said. "For example, using the tax dollars for savings, like putting it into a rainy day fund, or one-time expenses such as paying down debt rather than using it for health care or education, which are ongoing programs."