Marijuana Nowhere Near As Deadly As Alcohol: Study 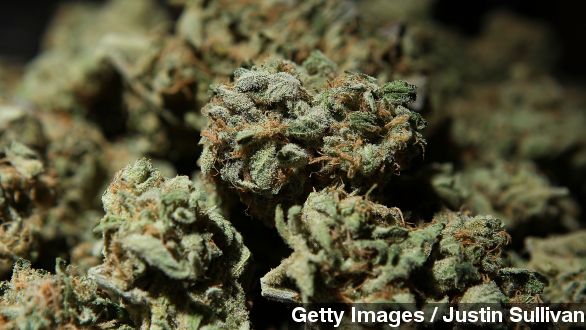 SMS
Marijuana Nowhere Near As Deadly As Alcohol: Study
By Jay Strubberg
By Jay Strubberg
February 25, 2015
A new study says marijuana is about 114 times less deadly than alcohol.
SHOW TRANSCRIPT

Strike up another small victory for marijuana supporters.

No, another state hasn't legalized it... yet. But there is yet another study out saying weed isn't nearly as dangerous as a slew of other drugs.

Researchers studied a handful of legal and illegal substances including alcohol, marijuana, meth and heroin. They found, by a sizable margin, weed was the least deadly of them all. The most deadly? Alcohol.

For the study, published in the journal Scientific Reports, researchers compared what is considered a toxic dose to how much of a certain drug people usually take.

Of the grouping, scientists say marijuana was the only one labeled a "low risk," and that it was about 114 times less deadly than alcohol. (Video via The National)

Meanwhile, excessive boozing was found to be more dangerous than all the other substances analyzed including meth, cocaine and even heroine.

The long-term health risks associated with alcohol abuse are no secret. The CDC says excessive alcohol use contributes to about 88,000 deaths every year in the U.S. (Video via KHON)

As for pot, according to a widely-cited 1988 Drug Enforcement Administration briefing, a person would have to consume "20,000 to 40,000 times as much marijuana [in a single joint]" to reach a potentially fatal level.

Of course, that's not to say smoking weed isn't harmful. It can negatively affect the respiratory system and could create mental health problems. Regardless, the new research couldn't come at a more appropriate time for marijuana supporters as more states continue to remove regulatory hurdles.

And as a Medical Daily writer points out, it gives more "ammo for marijuana legalization."

Alaska became the third state to legalize recreational marijuana Tuesday, joining both Colorado and Washington state. A similar initiative in Oregon was passed in November, but the law won't take effect until July.