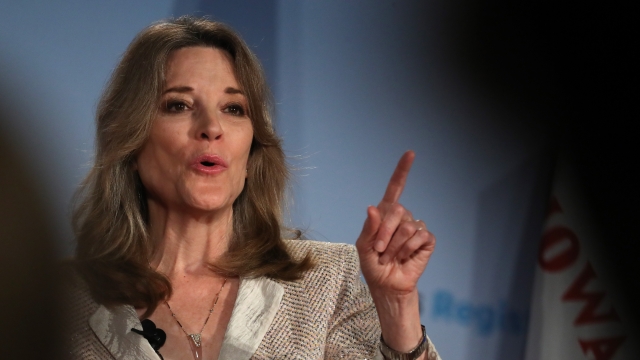 Democratic presidential candidate Marianne Williamson put together what her campaign calls "The Whole Child Plan," aimed at improving care and education for children across America.

"Well, let's talk about that. The truth of the matter is we are the only advanced industrialized nation that bases our educational funding on property taxes," Williamson said.

Williamson has repeated that statement multiple times on social media, and it comes up in a couple spots on her campaign website. So is she correct?

The first caveat to keep in mind is that each state decides how to fund its own education system. But nearly every public school gets money from a combination of federal, state and local sources. The most recent data from the National Center for Education Statistics says that for the 2015-2016 school year, funding sources break down like this: 8% came from the federal government, 47% from states and 45% from local sources, of which property taxes make up a majority. Across the U.S. that school year, on average, about 36% of total school funding came from property taxes.

But what about Williamson's comparison to other countries?

Using property taxes to fund public schools can result in an education disparity — where lower-income neighborhoods end up with lower-quality schools. But Williamson overstated the role property taxes play in that relationship, and it looks like the data to back up her international comparison just doesn't exist.