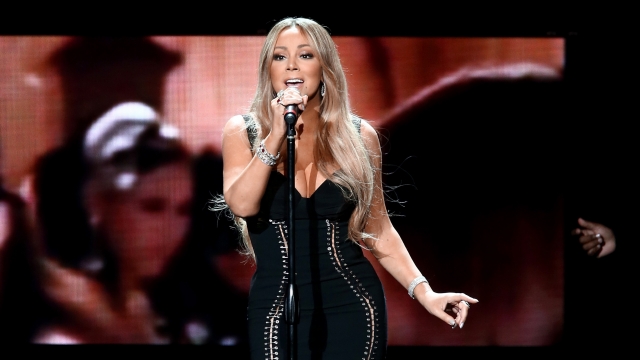 SMS
Mariah Carey's 'All I Want For Christmas Is You' Is Now A No. 1 Song
By Katherine Biek
By Katherine Biek
December 17, 2019
The classic holiday tune was released in 1994, but it's only now topping the Billboard Hot 100 Chart.
SHOW TRANSCRIPT

The only thing Mariah Carey fans wanted for Christmas was a No. 1 hit — and they finally got it.

The pop singer's holiday classic "All I Want for Christmas Is You" topped the Billboard Hot 100 chart Monday — for the first time since it was released 25 years ago.

The song is synonymous with the holidays. It was streamed 185 million times in 2018, is the subject of a new Amazon mini-documentary and even holds three Guinness World Records.

So why did it take so long for "All I Want for Christmas" to reach No. 1?

Turns out, Carey's record label did not release the song as a commercial single back in 1994, so it wasn't even allowed on the Hot 100 chart until 1998 when Billboard made a rule change.

"All I Want for Christmas" is now the first holiday song to top the Hot 100 chart since "The Chipmunk Song" over 60 years ago. It's also Carey's 19th chart-topper overall.