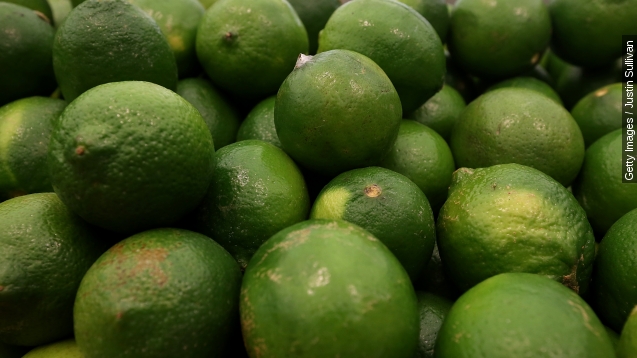 A man on his honeymoon suffered second-degree burns while making margaritas outdoors. But how?

A couple's honeymoon will have to be put on hold after the soon-to-be husband received serious burns while making margaritas.

When Aaron Peers got lime juice on his hands, the sun's ultraviolet rays caused the citric acid on his skin to react, giving him second-degree burns. According to the Mayo Clinic, the condition is known as phytophotodermatitis and is similar to a concentrated sunburn.

The limes contain a chemical called furocoumarins. Everyday Health writer Dr. Ava Shamban says, "On their own, furocoumarins are harmless, but when they come in contact with UV rays from the sun, they chemically transform into something very unpleasant for the skin."

Peers told WTLV the burn ran down his hands as he squeezed the limes. A doctor told the outlet the condition might not be as rare as some think, as he alone gets a dozen cases a year.

And while making margaritas indoors is a good preventative measure, CBS adds ultraviolet light can react with other produce that gets on the skin besides limes –– including celery, parsley and parsnips.