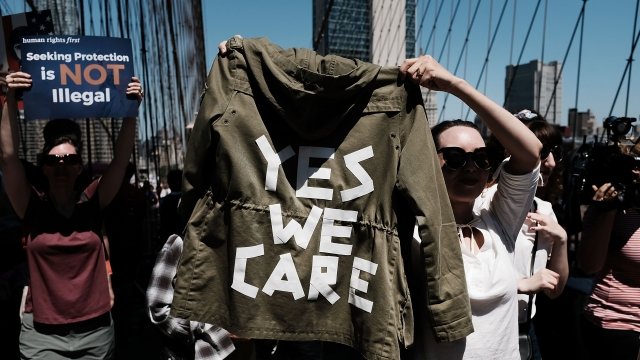 Tens of thousands of protesters took to the streets across the country to protest the Trump administration's hardline immigration policy.

Protesters in every state joined in "Families Belong Together" rallies against President Donald Trump's zero-tolerance policy, which led to immigrants caught crossing the border to be prosecuted and in some cases, separated from their children. Some children as young as 3 years old have even had to stand trial without their parents.

Some protesters held signs that read, "We do care," a not-so-subtle jab at the first lady's fashion choice on a recent trip to the southern border.

Some celebrities and Democratic lawmakers joined the protests, calling on the Trump administration to act immediately.