That March Winter Storm Might Have Affected Job Growth 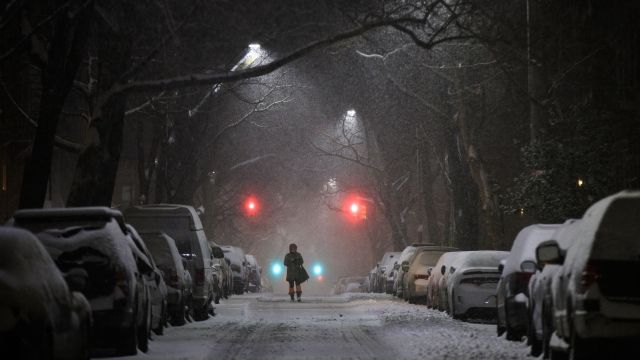 SMS
That March Winter Storm Might Have Affected Job Growth
By Katherine Biek
By Katherine Biek
April 7, 2017
The U.S. added 98,000 jobs in March. It added more than 230,000 in both February and January.
SHOW TRANSCRIPT

That's a substantial decrease from the previous two months, which both saw job gains of more than 230,000.

Economists think harsh winter weather might have had an impact on job growth this time around. Back in March, a snowstorm dumped as much as 5 feet of snow along parts of the Midwest and Northeast.

The storm took place in the same week that Bureau of Labor Statistics gathered its employment data.

Prior to the Bureau of Labor Statistics' most recent report, analysts at Goldman Sachs estimated that if not for the weather, 60,000 more jobs could have been added to the final total.

Some professions are directly impacted by weather.

Construction, for example: The industry only added 6,000 jobs in March. But it added 58,000 jobs in February — which the National Oceanic and Atmospheric Administration ranked as the second warmest February on record.

Retail is another. When the weather is really bad, people don't tend to spend much time shopping at brick-and-mortar stores. The apparel industry lost an estimated $310 million during March's winter storm.

One piece of good news from the March job report — the unemployment rate fell to 4.5 percent, which is the lowest it's been in about a decade.