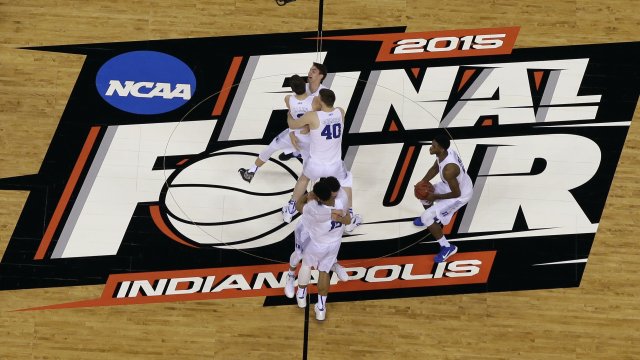 SMS
March Madness To Be Held In Single Location
By Newsy Staff
By Newsy Staff
November 16, 2020
The NCAA is reportedly in talks with Indianapolis to host the college tournament and championship in March and April.
SHOW TRANSCRIPT

The NCAA says next year's Division 1 men's basketball championship will be played in one place due to the coronavirus pandemic.

The league had previously picked 13 sites across the country to serve as preliminary round sites for March Madness.

But it announced Monday the 68 teams will now compete in one metropolitan area in March and April.

NCAA staff are in talks with the state of Indiana and Indianapolis to potentially host the entire tournament.

Organizers say conducting the tournament in one place will help limit travel and allow the league have a single venue to keep clean and safe.