The March For Our Lives Isn't Just Happening In The US 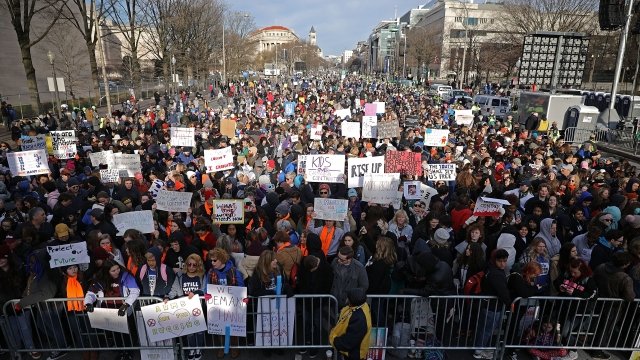 As survivors of last month's school shooting in Parkland, Florida, geared up to march on the U.S. Capitol for the March for Our Lives on Saturday, supporters across the globe took to their streets, too.

More than 800 "sibling" March for Our Lives events were planned in communities around the world, according to the movement's website.

Outside the U.S., supporters rallied in solidarity in Europe, Africa, South America, Asia and Australia.

The March for Our Lives is an effort to honor the Parkland victims and demand stricter gun control laws to end gun violence in schools and communities.