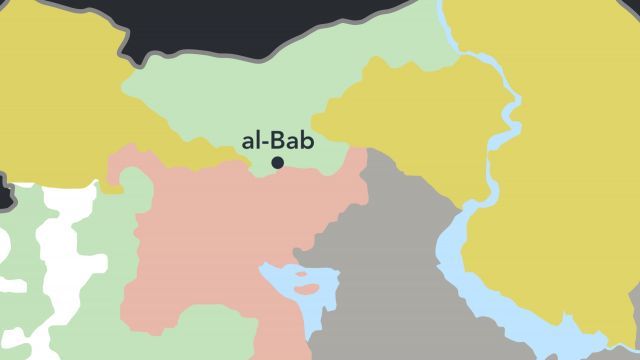 SMS
The Map That Shows How Complicated Syria's Front Lines Are
By Jake Godin
By Jake Godin
March 7, 2017
Syria's conflict gets even more complicated when you put three armies and an enemy force within hand-grenade range of each other.
SHOW TRANSCRIPT

The conflict in Syria has always been complicated, but things in the north have really gotten tangled recently.

Al-Bab is a medium-sized Syrian city recently taken by a mix of Turkish soldiers and Turkish-backed rebel forces. Right next to them are pro-government Syrian regime forces. This includes Iranian-backed pro-government militias. These forces are also backed by Russia. Then, right next door are U.S.-backed Kurdish and Arab coalition forces. Then there's ISIS.

The Turkish-backed forces don't like ISIS, the Kurds and pro-government forces.

The pro-government forces don't like ISIS and the Turkish-backed troops.

The Kurds don't like ISIS and the Turkish-backed troops.

Oh, and there are Russian, U.S., Syrian and Turkish jets flying around throughout all of this.

In fact, according to one general, the Russian jets recently targeted villages held by U.S.-backed Syrian Arab Coalition fighters shortly after ISIS were forced out of them. U.S. forces were less than five miles away at the time. 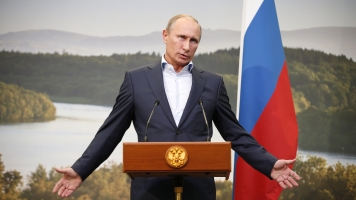 That same general told press in a briefing that the conflict is "the most complicated environment and situation I've been in in my life."

To make things even more complex, the Kurdish-backed forces (which, remember, don't get along with Turkey and their forces) have recently agreed to let the Syrian regime move into their territory to create a buffer between them and Turkish-backed forces.

U.S. military leaders have given their recommendations on the fight against ISIS to the White House. And that could include putting even more U.S. boots on the ground there.