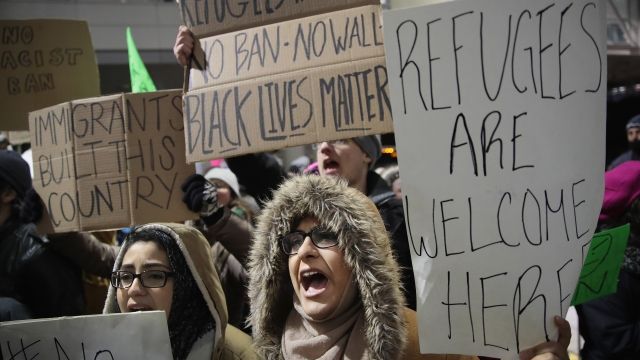 SMS
Nearly Half Of Voters Were Supportive Of Immigration Restrictions
By Briana Koeneman
By Briana Koeneman
January 30, 2017
In a poll conducted early this month, 48 percent of participants said they supported "suspending immigration from 'terror prone' regions."
SHOW TRANSCRIPT

President Donald Trump's decision to temporarily ban anyone from seven Muslim-majority countries from entering the U.S. has been met with outrage across the country and around the world.

But some Americans have said they support immigration restrictions, so long as it helps fight terrorism.

In a poll conducted about three weeks before Trump signed the executive order, 48 percent of participants said they supported "suspending immigration from 'terror prone' regions, even if it means turning away refugees from those regions."

There was a little more support for tracking Muslim people in the U.S. In that same poll, 53 percent of respondents said they were in favor of requiring individuals from Muslim-majority nations to register with U.S. officials. 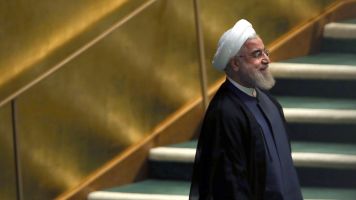 The poll's assistant director said, "The Trump 'send them back to where they came from' rallying cry may have stirred the crowds and tipped the vote his way, but Americans are not inclined to simply show immigrants the door."

Still, as a writer for FiveThirtyEight points out, the exact wording of poll questions can affect the resulting number of people who support or oppose immigration changes.

We still don't know how the travel ban will play out in the next couple months, but opponents of it were vocal over the weekend. Protests popped up at major airports across the country.

"For the time being, it's probably safe to say that the policy is neither as unpopular as its detractors might hope for, nor as popular as its supporters might assume. But that could change as the public learns more about it in the days and weeks ahead," Harry Enten wrote in an article for FiveThirtyEight.