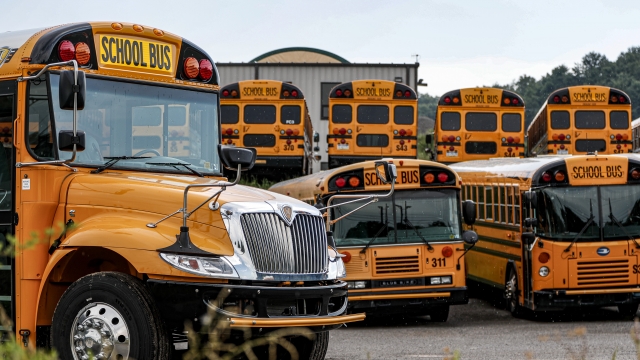 SMS
Trump Administration And Many Educators At Odds Over Reopening Schools
By Meg Hilling
By Meg Hilling
July 13, 2020
Fears of catching virus, infecting family members are among concerns.
SHOW TRANSCRIPT

The Trump administration and some educators remain at odds over reopening schools following comments made over the weekend.

On CNN on Sunday, Secretary of Education Betsy DeVos said children need to be back in the classroom, insisting "there is nothing in the data that would suggest that kids being back in school is dangerous to them."

"They need to be learning, they need to be moving ahead. And we can't -- we cannot be paralyzed and not allow that or not be intent on that happening," DeVos said.

However, many educators say the administration is pushing this narrative without having an actual plan for reopening classrooms safely.

On Twitter Sunday, the president of the country's largest teachers union, pushed back. Lily Eskelsen García of the National Education Association wrote, "We hear this administration talk about sending kids back to school, but what we don't hear is how they'll fund what's necessary to ensure the safety of students, educators, and their families. They don't have a plan."

Not only are some teachers worried about catching the virus from their students. The Hill reports that some fear bringing the virus home to their own families after being exposed while working around children all day. In addition, educators are concerned about DeVos's threats to cut funding from schools that don’t meet Trump administration demands to reopen.

Nationwide, a USA TODAY/Ipsos poll in late May found 1 in 5 teachers said they were unlikely to return to school if their buildings opened this fall.

Some districts, including New York City's, have announced plans to use both in-class and remote learning school days. But as case numbers climb in parts of the country, many districts are still undecided about what fall will look like, in ... or out... of the classroom.