Many Migrant Children Won't Reunite With Parents By Tuesday Deadline 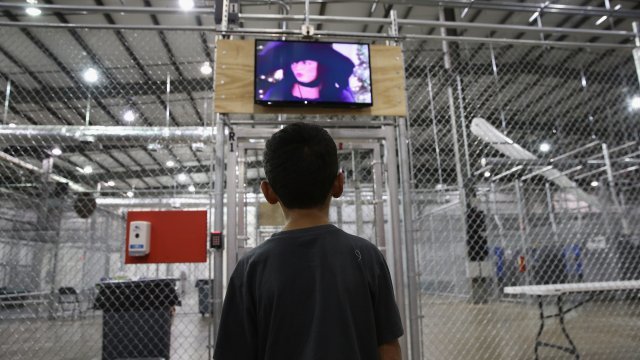 Tuesday is the court-ordered deadline for the Trump administration to reunite all migrant children under 5 with their parents, but that's not going to happen.

Of the 102 children set to be reunited, four have been and 34 more are expected to be before Wednesday, according to a Department of Justice lawyer. But that's only about one-third of the children.

Administration officials have listed several reasons why the remaining children can't be reunited, including the parents having a criminal history or a contagious disease, the parents posing a danger to the child, being unable to locate the parents or doubts over whether the adults really are the parents. Still, officials say they're in compliance with the court order.

Lawyers for the ACLU disagreed, saying Tuesday: "Plaintiffs recognize that Defendants cannot yet reunify the parents who are currently being held in criminal custody. But as to all other Class Members with children under five, the government is not in compliance with the clear deadline ordered by the Court."

They also say they have no "independent verification" of the number of children that should or should not reunited and therefore don't know if the administration's claims are accurate.

New deadlines will likely be set Tuesday. As of now, children above 5 are still set to be reunited with their parents by July 26.