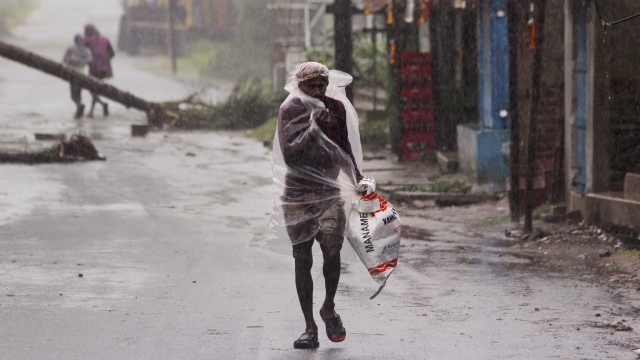 A powerful cyclone has pummeled eastern India and Bangladesh, killing at least a dozen people and destroying thousands of homes. Millions of people have been evacuated from the region.

Cyclone Amphan, the strongest storm ever recorded in the Bay of Bengal, made landfall along India's coastline on Wednesday. With sustained winds of up to 105 mph and maximum gusts of 118 mph, the cyclone can be compared to a Category 3 hurricane in terms of intensity.

Heavy rain is expected to continue in the coming days, which could increase the risk of flash flooding and mudslides. Amphan is anticipated to move further into Bangladesh on Thursday and to dissipate by Friday.