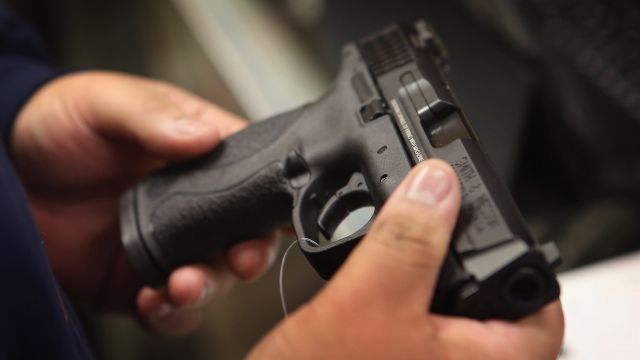 SMS
A Lot Of Guns Used In New York Crimes Might Come From Out Of State
By Lindsey Pulse
By Lindsey Pulse
October 27, 2016
A report found that 74 percent of the traceable guns recovered from New York crime scenes didn't originate in the Empire State.
SHOW TRANSCRIPT

A majority of guns used in New York crimes might have come from other states.

The New York attorney general's office looked at guns recovered from crime scenes between 2010 and 2015 — 74 percent with a known source originated in states other than New York.

Nearly half were from six states with, as the report calls them, "weaker gun laws." The report also found the number of guns acquired out of state in 2015 were double the national average.

To put some numbers on that, the state's attorney general says more than 46,000 guns were recovered in that five year period. Over 34,000 of those were from out of state.

Trafficking guns across state borders isn't exactly new, but officials called New York's rate "overwhelming." And that probably has something to do with the so-called "Iron Pipeline."

The Iron Pipeline is a stretch of I-95 that connects the heavily-regulated New York to Southern states, which tend to have more relaxed gun laws. It's a gateway a lot of gunrunners use.

And the pipeline doesn't just hit New York. It also connects Indiana to Chicago. Reports from the Windy City show a large portion of guns used in crimes had originated outside of that state, too.

New York has some of the country's strictest gun laws. The state has universal background checks, requires a concealed carry permit and completely bans assault weapons.

The plus side of the report is this: It suggests New York's gun laws are working the way the state wants them to, at least to a degree. But out-of-state gun transport probably won't be curbed unless federal laws change.