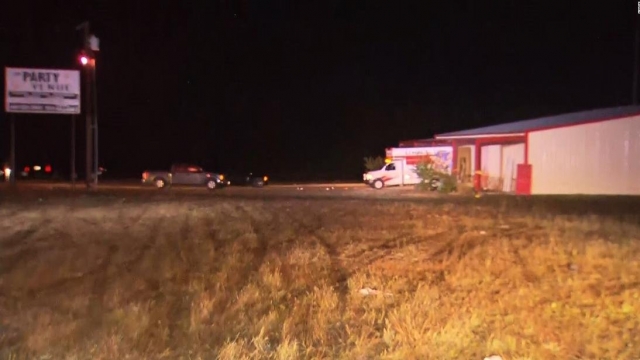 A manhunt is underway after a shooter killed two people at an off-campus Texas A&M University-Commerce Halloween party.

Around 750 people — most in their teens or early 20's — were at the event about 15 miles from the school's Commerce, Texas campus Saturday. The party wasn't organized by the university, but by a group whose members are students at that campus.

Over a dozen people were shot around midnight. About four or five of the injured are students at the university. No suspect has been identified, but authorities say they're looking for one person. Hunt County Sheriff Randy Meeks told media the culprit used a handgun, and that the first person shot may have been their intended target with the rest being random.

Meeks told reporters that efforts to find the shooter have been complicated by conflicting descriptions from witnesses.