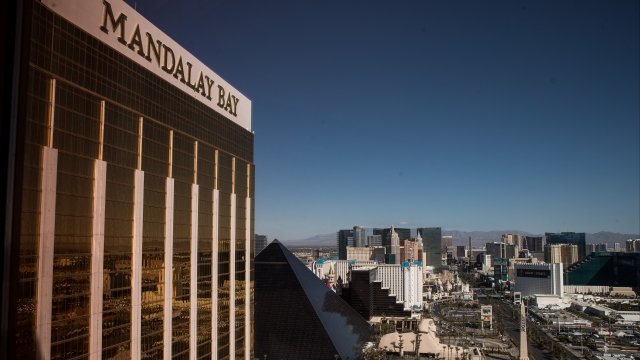 The corporate owner of the Mandalay Bay Resort and Casino in Las Vegas is suing more than 1,000 victims of the 2017 mass shooting.

MGM Resorts International filed complaints in Nevada and California, claiming the hotel and its owners can't be held liable for the Oct. 1 shooting. The gunman opened fire from a Mandalay Bay hotel room onto a crowd of concertgoers, killing 58 people. MGM Resorts also owns the venue where that concert was held.

MGM Resorts bases its argument around a post-9/11 law, which extends liability protections to Department of Homeland Security-certified companies in the event of an act of terrorism.

One of the security vendors hired for the concert was certified, so MGM Resorts argued that it should get the same liability protections since it did the hiring. As such, it says all claims filed against it "must be dismissed."

A lawyer for several of the victims told the Las Vegas Review-Journal that MGM Resorts' decision to file its complaints in federal court was "unethical" and a "blatant display of judge shopping."