Paul Manafort's Past Political Work In Ukraine Might Be Illegal 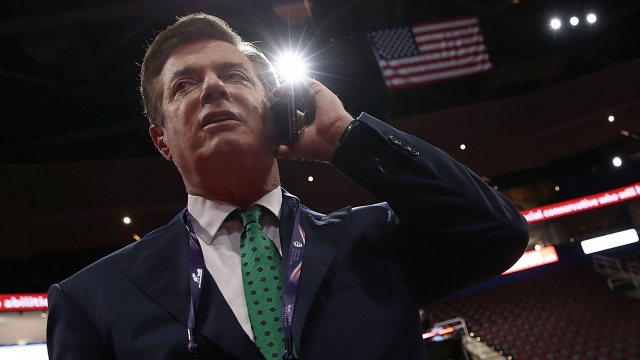 It turns out working for a Ukrainian politician is coming back to ruin Donald Trump's campaign chairman Paul Manafort's week quite a bit.

While working for Ukraine's former President Viktor Yanukovych, Manafort reportedly helped a political party sway U.S. policy with $2.2 million in lobbyist payments. And according to AP, who broke the story, those exchanges were hidden.

Now, if this is true, it could be a felony. Americans can work for foreign groups or candidates but they have to detail it to the U.S. Department of Justice and register as a foreign agent. Not doing so can land you five years in prison and a $250,000 fine.

Rick Gates, another Trump adviser who also worked with Yanukovych, said everything that happened was legal and there was no attempt to circumvent the reporting requirements.

Manafort's connection to Ukraine has been pretty problematic for the Trump campaign. Reports of the Ukrainian investigation into possible illegal payments to Manafort or reports that he was somehow involved in the annexation of Crimea from the Ukraine all put the Trump campaign's possible relationship with Russia under an even stronger microscope.

And it seems like the Trump campaign may have taken action. Manafort had essentially been running the campaign as chairman, but on Wednesday, Trump added both a new campaign manager and new CEO. The campaign has maintained this is more of an expansion than a replacement, but they said essentially the same thing when Manafort originally came on board.