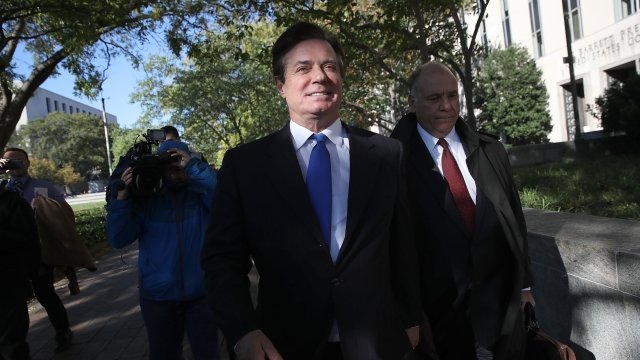 Mueller's team said in a Friday court filing that Manafort had breached his plea agreement by telling "multiple discernible lies" — including about his contacts with White House officials and with a Russian national who the special counsel says has ties to Russia intelligence.

But now, Manafort's attorneys said in court Tuesday that they're not sure yet if they'll challenge Mueller's claim.

Manafort struck that plea deal with Mueller back in September after a jury found the president's former campaign chairman guilty of eight counts of bank and tax fraud in a separate case.

Manafort didn't attend Tuesday's hearing. He's currently being held in a detention center in Alexandria, Virginia, and has not appeared in court in person since October.

The judge gave the defense team until early January to decide on their strategy. She scheduled a hearing on the issue for Jan. 25.