Manafort's Lawyer Falsely Says Judges Ruled There Was No Collusion 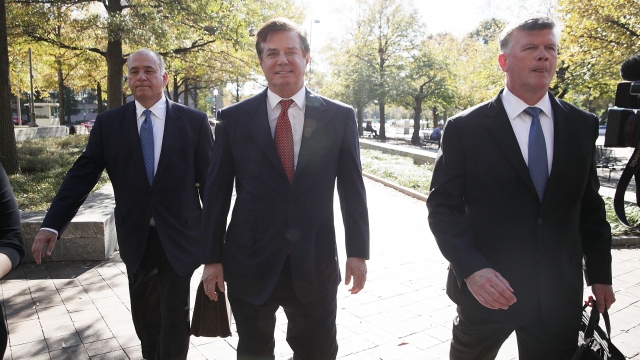 "Liar!" someone in the crowd yelled.

That member of the crowd fact-checked Downing in real time. [NAT POP: Liar!] And multiple media fact-checks have shown they were right.

We have the full transcript from Manafort's first sentencing hearing. The words "Russia" and "collusion" were only mentioned twice, and both times the court was specifying that nothing in that case had anything to do with Russian collusion.

So what about the second sentencing hearing? The full transcript isn't available yet, but news reports from that day say Judge Amy Berman Jackson made comments similar to her colleague's. She noted that the case before her had nothing to do with Russian collusion and that special counsel Robert Mueller's investigation is ongoing.

Both judges mentioned collusion only to say that it was *not* related to the charges presented in their courtrooms.

"So that makes two courts, two courts have ruled no evidence of any collusion with any Russians," Downing said. Wrong. The two judges only commented that the facts in each case had nothing to do with collusion. Saying the case wasn't linked to collusion and *ruling* there was no Russian collusion are not the same thing.