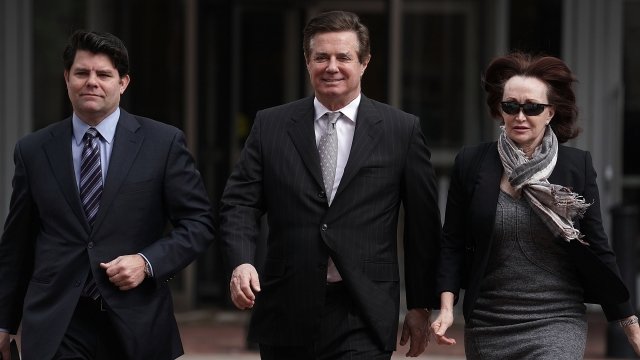 SMS
Paul Manafort's Defense Rests; Trial Advances To Final Arguments
By Jake Jones
By Jake Jones
August 14, 2018
He declined to testify in his own defense, and his attorneys didn't call any witnesses.
SHOW TRANSCRIPT

Paul Manafort's legal team said it would call no witnesses to the stand, allowing the trial to advance to final arguments.

Manafort's trial focuses on bank and tax fraud. It's the first trial to come from special counsel Robert Mueller's ongoing investigation, but it doesn't relate to the Trump campaign or alleged Russian collusion in the 2016 election.

Manafort declined to testify in his own defense. He faces 18 counts in Virginia and up to 305 years in prison if he's convicted. He also faces charges in Washington, D.C. He's pleaded not guilty on all counts.

Final arguments will begin Wednesday. Each side is expected to have two hours.