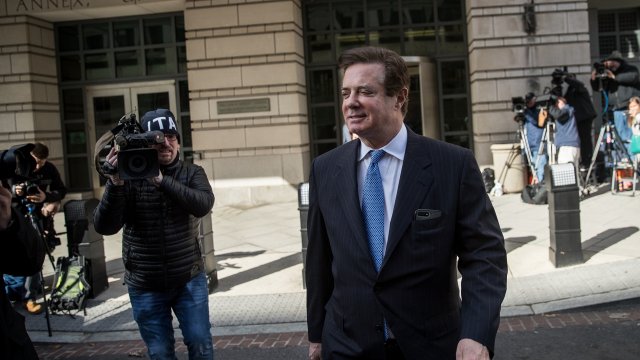 He was sentenced in March to 7.5 years in prison for federal tax fraud and foreign lobbying violations. Those charges stem from cases investigated by special counsel Robert Mueller.

Manafort's attorney told media outlets that he'd use a double jeopardy argument to try to stop the state's case from going forward. A double jeopardy protection prevents people from being tried twice for the same crime.

If Manafort is convicted in New York, he wouldn't be a candidate for a federal pardon. A U.S. president can issue pardons for federal crimes, but doesn't have that same power in state cases.

The former campaign manager faces up to 25 years in prison for the New York charges.