Manafort Pleads Not Guilty In Second Round Of Mueller Charges 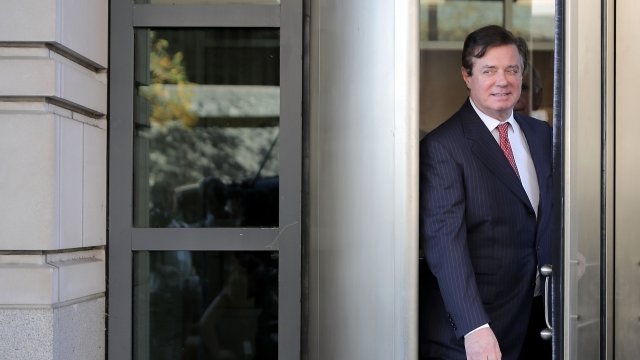 Someone threw a Russian flag at him as he walked out of a federal court in Virginia on Thursday. The charges are connected to work Manafort did for a pro-Russia political party in Ukraine. He's accused of hiding foreign bank accounts and fudging his income taxes.

He already pleaded not guilty to another set of charges in Washington, D.C., that are set to go to trial in September. Those charges stem from the same work in Ukraine. Both indictments came from Robert Mueller as he investigates Russia's influence over the 2016 U.S. presidential election and if anyone on Trump's team, including Manafort of course, had anything to do with it.

Manafort will go to trial for the Virginia charges in July. In the meantime, he'll be required to stay in his home, except to make emergency medical visits or to go to legal meetings and church services. He'll also have to wear a second GPS bracelet. He's already wearing one for his charges in Washington.