Manafort No Longer Wants To Move Jails While He Awaits Trial 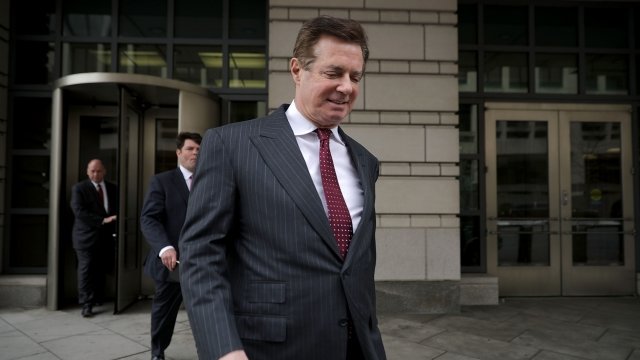 SMS
Manafort No Longer Wants To Move Jails While He Awaits Trial
By Katherine Biek
By Katherine Biek
July 11, 2018
His legal team originally said Manafort's current detention facility was so far away that it was interfering with preparing his defense.
SHOW TRANSCRIPT

Paul Manafort's lawyers are concerned about where their client is being held as he awaits trial.

For several weeks, they've complained that the 100-mile distance between Northern Neck Regional Jail in rural Virginia and the Washington, D.C. area is making it hard to prepare Manafort's defense.

On Tuesday, a federal judge ordered Manafort be moved to a closer detention facility in Alexandria, Virginia.

But later that day, Manafort's attorneys requested he stay at Northern Neck, citing safety concerns and how it could be difficult for him to have to acclimate to a new holding place with just a few weeks to go before his trial.

Manafort's trial in Alexandria is scheduled to start July 25. He's also set to be tried in Washington, D.C. in September on separate charges.