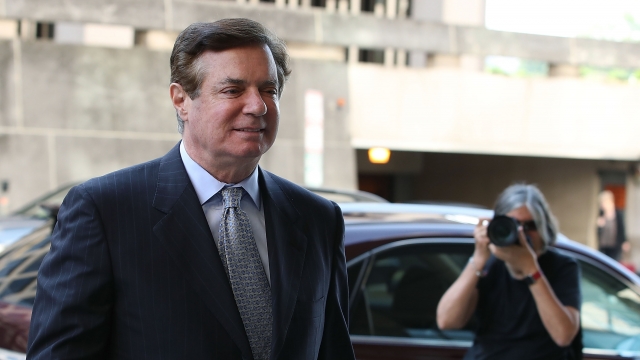 President Donald Trump's former campaign chair, Paul Manafort, is asking a federal judge in Virginia for a shorter prison sentence after he was convicted of eight counts of bank and tax fraud last year.

Manafort could go to prison for the rest of his life. In a sentencing memo Friday, his attorney's said the recommended 19 1/2 to 24 years in prison is "clearly disproportionate" to his offenses. They said he is a a first-time offender and the nature of those crimes don't match the guidelines.

Manafort is facing consequences for two cases that came out special counsel Robert Mueller's investigation on whether Russia interfered in the 2016 election. Manafort was found guilty for illegal Ukraine lobbying work and keeping the money a secret. In a separate case, Manafort pleaded quilty to conspiracy in Washington D.C.

His attorney's also said the cases brought by the special counsel have "devastated him personally, professionally, and financially." Manafort is scheduled to be sentenced on Thursday in Virginia.