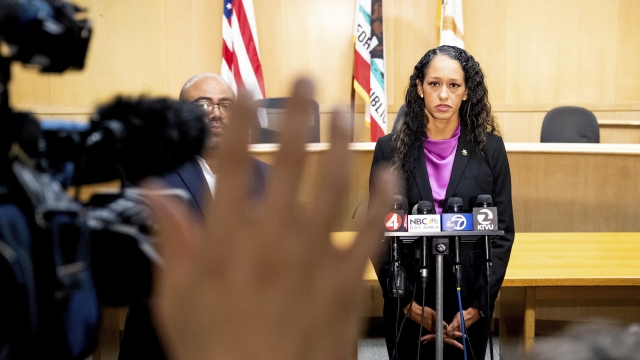 David DePape appeared in court for the first time Tuesday. His defense said they would conduct a full investigation and look into his mental health.

The man accused of attacking Paul Pelosi, the husband of the Speaker of the House Nancy Pelosi, told police he was on a suicide mission and had plans to target other California and federal politicians, according to a court filing.

David DePape was arraigned Tuesday in a San Francisco courtroom. A judge ordered him to be held without bail. He plead not guilty to a slew of charges, stemming from the attack that left Paul Pelosi with a skull fracture and injuries to his arm.

The public defender assigned to DePape, Adam Lipson, talked to reporters Tuesday after his client's arraignment.

"He waived his right to a hearing within 10 days," Lipson said. "We're going to be doing a comprehensive investigation of what happened. We're going to be looking into Mr. DePape, his mental state."

The San Francisco district attorney who charged DePape, Brooke Jenkins, says the attack was preplanned and says he was seen walking up to the home in the dead of night.

David DePape has been charged with two federal crimes and is also facing state criminal charges.

"This attack was very, very unnerving both to me, I know it's been unnerving to those who have had to investigate it, to this family and really to the general public," Jenkins said. "That somebody would target a political leader's home, target her family, to really think through and make a conscious decision to enact violence on a political leader's family — it's very scary."

The Speaker, the target in the attack, was in Washington with her security detail at the time.

The chief of the U.S. Capitol police said Tuesday the attack is a wake-up call. With just days until a critical midterm election, he said Capitol police need more resources to adequately protect members of Congress.

Speaker Pelosi, meanwhile, told reporters her husband is making a steady recovery. While doctors expect him to fully recover, the path to that recovery, Nancy Pelosi said, will be long.