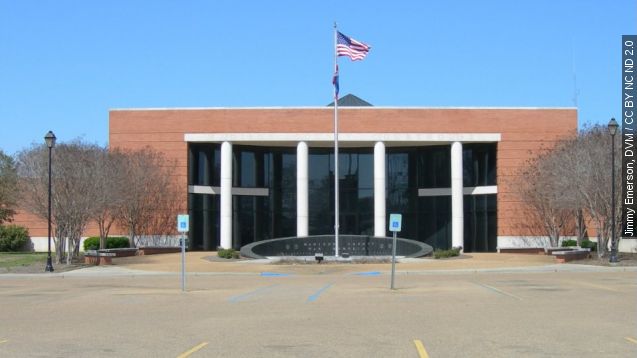 Kendrick Brown was shot outside of a Mississippi courthouse Monday. The shooter is in custody, and a motive hasn't been determined.

Authorities are still unsure what prompted someone to fatally shoot a man outside a Mississippi courthouse Monday.

Authorities say the victim, identified as Kendrick Brown, was due in Madison County court for drug-related charges, but they still aren't sure if that was related to the shooter's motive. (Video via WLBT)

"My prayers go out with the family of the deceased individual," Madison County Sheriff Randy Tucker said.

Authorities confirmed a person walked up to Brown, shot him in the chest and then surrendered. The shooter is in custody but hasn't been identified.

Sources told The Clarion-Ledger the shooter's mother was set to testify against Brown.

The district attorney said Brown was expected to reject a plea offer in court.