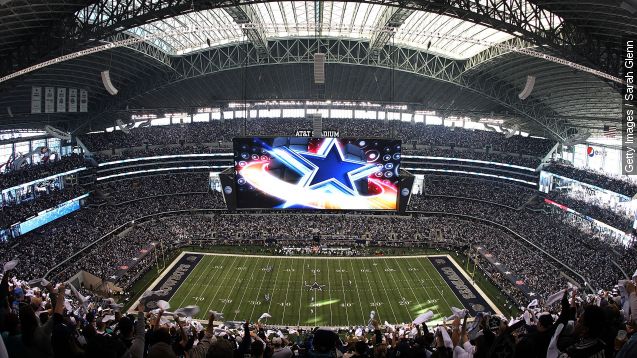 A suspect is in custody after shooting a man in a parking lot at AT&T Stadium in Arlington, Texas, Sunday.

KXAS reports the victim is in critical condition after suffering a gunshot wound to the neck during a fight hours after the Cowboys-Patriots game.

A police spokesperson said the two men "might have been tailgating for a while." Two off-duty police officers were told about the fight around 8:30 p.m. and heard a gunshot when they arrived.

It's unclear if the two men knew each other, but The Star-Telegram spoke to one witness who said the suspect first pointed the gun at another man.

"I go to grab my friend so we can leave. I had my back turned, all I hear was a gunshot, turned around, he shot somebody else," the man said.

The Dallas Morning News reports the alleged shooter was hospitalized with a leg injury and has been charged with aggravated assault with a deadly weapon. Neither man has been named.