Man Shoots Girlfriend, Infant And Pastor Inside Ala. Church 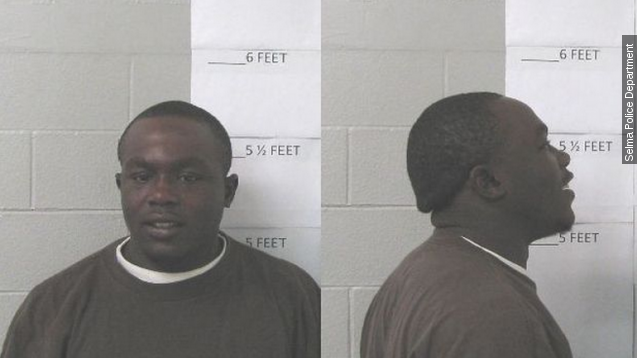 SMS
Man Shoots Girlfriend, Infant And Pastor Inside Ala. Church
By Ryan Biek
By Ryan Biek
September 21, 2015
A domestic dispute and visitation issues are being called possible motives for a shooting inside a church in Selma, Alabama.
SHOW TRANSCRIPT

A man in Selma, Alabama, is facing three counts of attempted murder after allegedly shooting his girlfriend, 1-month-old son and a pastor inside a church Sunday morning.

Witnesses told WSFA James Junior Minter opened fire at the church on Sunday, but members of the congregation were able to strip him of his gun before he fled. Police arrested Minter less than a mile from the church.

A 61-year-old pastor was injured in the shooting when he allegedly tried to wrestle the gun away from Minter.

The Dallas County district attorney applauded the pastor's efforts, calling him a "good Samaritan" and saying he "probably prevented a lot more shooting." (Video via WHNT)

Police say a dispute over visitation as well as ongoing domestic violence could have been the motive for the shooting.  (Video via WAKA)

All three victims are now in stable condition. If convicted, Minter faces 10 years to life in prison.