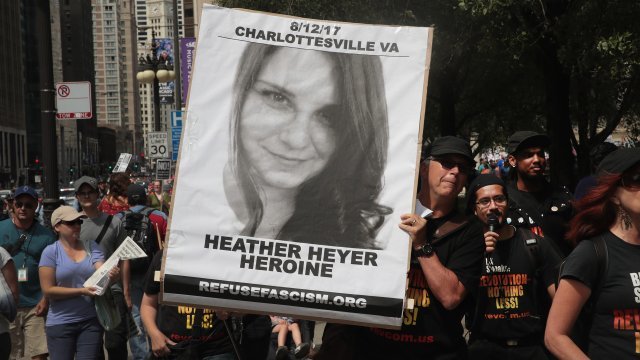 The man accused of driving through a crowd of demonstrators in Charlottesville, Virginia, pleaded not guilty to federal hate crime charges on Thursday.

Last August, demonstrators were protesting a rally held by white supremacists, white nationalists and members of the so-called "alt-right" when James Fields allegedly drove into them. One woman died.

He's facing 30 counts of hate-crime related charges. At least one of those charges carries the death penalty.

Some survivors of the attack were in the courtroom Thursday. The indictment reportedly says Fields expressed white supremacist views, including support for the Holocaust, on social media.