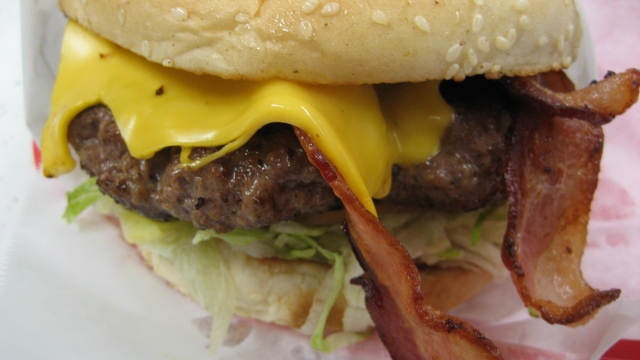 We've heard of enjoying a good burger or two, but this is ridiculous.

A U.K. man is so enamored with the lure of a bacon double cheeseburger, he decided to legally make it his name.

One commentator on the BBC asked, "His surname is Cheeseburger?"

Another commentator said, "Yeah. Mr. Cheeseburger to you an I."

"Yeah, he should've just found them and married them instead."

Cheeseburger told the London Evening Standard he changed his name in part because "everyone loves bacon don't they?" — except for maybe his fiancee.

But the question remains: Does that beat Mark I Love Spam Benson from England? Who knows.

Best of wishes, Mr. Cheeseburger. Cheers to many other great decisions.