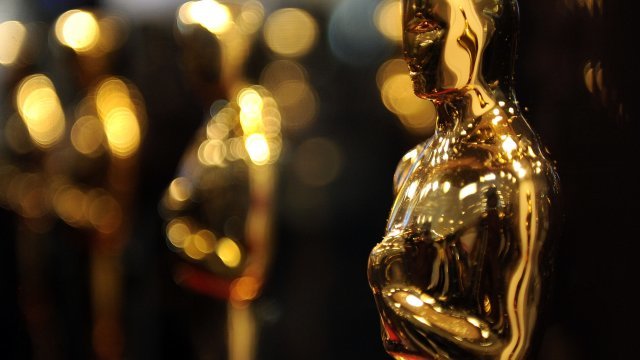 Terry Bryant, 47, is accused of swiping the trophy Sunday night at the Governors Ball, the official Oscars after party. He's now being held on $20,000 bail for grand theft.

Which is much more than any winner could sell it for.

See, the Academy of Motion Picture Arts and Sciences owns the award statues, thanks to rule changes in the '50s. Winners just get to hold onto them.

If winners decided to sell an Oscar, they'd have to first offer to sell it to the academy for $1.

But Oscars made before the rule change could fetch a pretty penny: Michael Jackson once bought one from 1940 for $1.54 million.