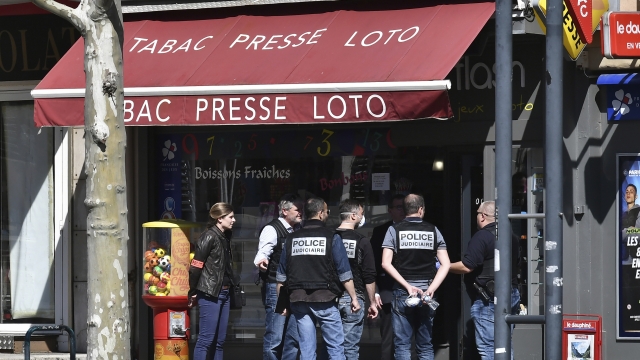 French police are opening a terror inquiry into a man who killed two people in a stabbing spree Saturday.

The man used a knife to attack passersby in a shopping center in the southeastern French town of Romans-sur-Isere. He also wounded five people before he was arrested near the scene of the crime.

Authorities didn't name the suspect. They said he had no papers but identified himself as a Sudanese man born in 1987.

They added a search of his home brought up documents criticizing France as a "country of unbelievers." Police said when he was arrested, the suspect was kneeling on the sidewalk praying in Arabic.

Authorities said one of the man's acquaintances was also detained.