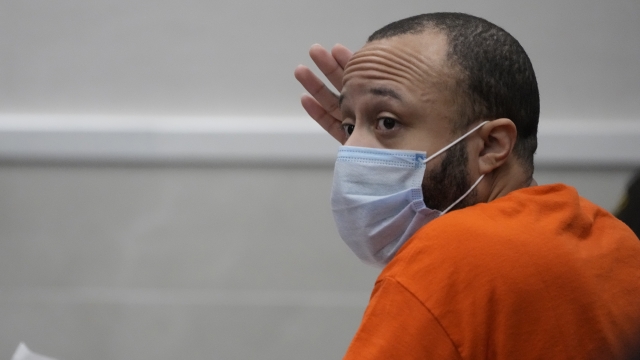 After deliberating for three hours and 15 minutes, the jury found Darrell Brooks guilty of six counts of first-degree intentional homicide.

A Wisconsin man was convicted Wednesday of killing six people when he drove his SUV through a Christmas parade last year, ending a trial in which he defended himself erratically and sometimes confrontationally.

The jury found Darrell Brooks guilty of six counts of first-degree intentional homicide. He faces a mandatory life sentence on each count.

The jury got the case Tuesday and deliberated for a total of 3 hours and 15 minutes into Wednesday morning before announcing they had reached a verdict.

Brooks drove his Ford Escape into the Christmas parade in Waukesha in suburban Milwaukee on Nov. 21 moments after fleeing a domestic disturbance with his ex-girlfriend, prosecutors said.

Six people were killed, including 8-year-old Jackson Sparks, who was marching in the parade with his baseball team, and three members of the Dancing Grannies, a group of grandmothers that dances in parades. Dozens of other people were hurt, some severely.

Brooks pleaded not guilty by reason of mental disease this year but withdrew the plea before his trial began with no explanation. Days before the trial started, he dismissed his public defenders, electing to represent himself.

District Attorney Susan Opper called to the stand police officers and paradegoers who testified they saw Brooks behind the wheel of the SUV.

Officials say a person of interest is in custody after an SUV sped through a crowd of people in Waukesha, Wisconsin.

Brooks struggled to mount a defense, launching into meandering cross-examinations, refusing to recognize his own name or the court's jurisdiction over him and muttering under his breath that the trial wasn't fair.

He got into such intense arguments with Judge Jennifer Dorow that several times during the lead-up to jury selection she moved him into another courtroom where he could watch the proceedings via video and she could mute his microphone when he became disruptive.

Opper told jurors during her closing arguments Tuesday that Brooks' refusal to stop once he entered the parade route shows he intended kill people.

Dorow allowed Brooks back into the main courtroom to deliver his closing to jurors face to face. In a rambling, repetitive speech, he tried to raise doubts about whether the SUV's throttle malfunctioned and whether the driver simply panicked. He lamented how he hasn't been able to see his children since he was arrested and insisted he's not a murderer.

Opper countered during her rebuttal that a Wisconsin State Patrol vehicle inspector testified earlier that the SUV was in good working order. She warned jurors that Brooks was just trying to play on their sympathy.