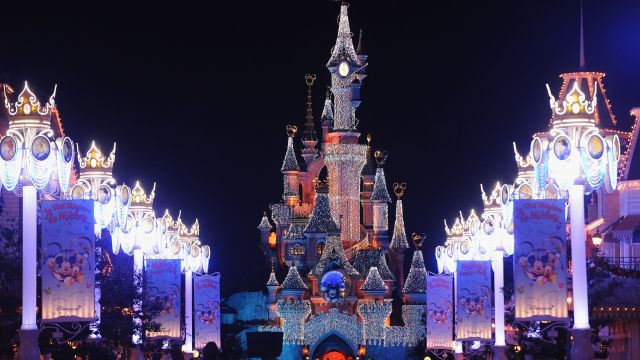 A 28-year-old man is in custody after authorities say he was trying to enter a Disneyland Paris hotel with two handguns, a Quran and a box of ammunition.

The man's bag reportedly triggered metal detectors as he walked through the entrance of Disney's Hotel New York on Thursday afternoon. Nearly a dozen police officers surrounded the hotel and arrested him. (Video via Disneyland Paris)

French media report the man had a reservation at the hotel for one night. Police also arrested an unarmed woman believed to be the man's girlfriend but later released her when they realized they had the wrong woman. (Video via The Guardian)

Local police are currently handling the case as authorities do not believe this incident is tied to terrorism. According to The Guardian, police said the man told them he was carrying the weapons because he feared for his safety.

France has been under a state of emergency since November when Islamist extremist attackers killed 130 people in Paris.

Disneyland Paris remained open Thursday. An alert on the park's site reads in part: "During a routine security screening, weapons were discovered in a guest's luggage as he was about to enter one of our hotels. We continue to work closely with authorities and stress that the safety of our guests and of our employees is our highest priority."