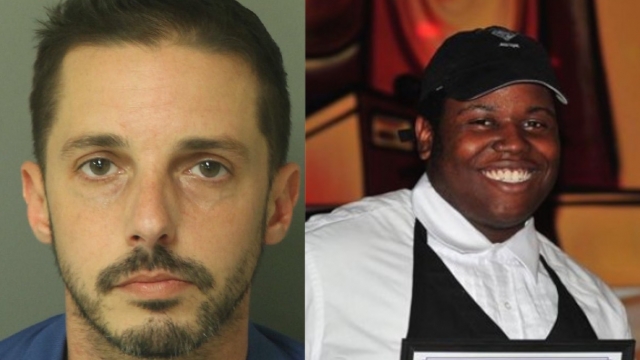 "911. What's the address of your emergency?" an operator said.

"We've got a bunch of hoodlums out here racing. I am locked and loaded. I'm going outside to secure my neighborhood," Chad Copley replied.

That was the voice of Chad Copley. A North Carolina man who has been charged with the murder of a 20-year-old. According to a witness, the victim, Kouren-Rodney Bernard Thomas, was at a party on Copley's street when Copley fired from inside his home.

Copley says he was only protecting his community by firing a "warning shot" and said someone outside had firearms, though Raleigh police haven't been able to substantiate that.

Copley then called police again after shooting Thomas, telling them to send help because "there's friggin' black males outside my friggin' house with firearms."

If convicted, Copley could get the death penalty. He's been denied bail and will be back in court on Aug. 29.