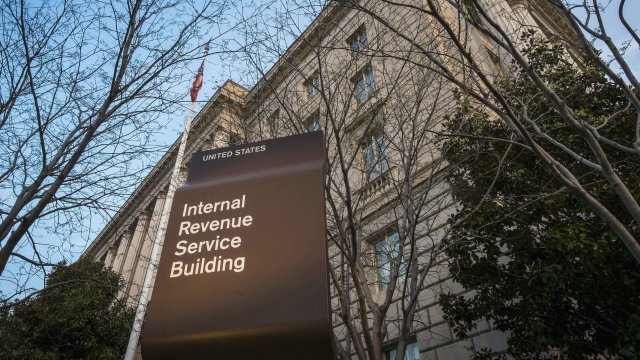 After a highly secure but relatively peaceful inauguration, a 27-year-old Columbia, Maryland, man located just a few miles from the U.S. Capitol has been arrested for allegedly making online threats to blow up the IRS headquarters and shoot House Speaker Nancy Pelosi.

Cody Wolf Gideon Mohr was arrested Wednesday after allegedly tweeting out threats directed at the IRS, political officials, law enforcement officers and the general public. According to an affidavit, a post on a Twitter account linked to Mohr said "[it would be cool to] drive 80 mph into a million people."

Mohr faces federal charges of making internet threats to destroy a building by use of explosives. If convicted, he could face 10 years in prison.

U.S. Attorney Robert K. Hur said in a statement: "We take threats to bomb a federal building and injure federal employees seriously.  The U.S. Attorney’s Office and our law enforcement partners will use all the tools at our disposal to identify and prosecute those who make such threats."

For now, police haven't said if they found explosive materials or firearms at Mohr's home.