Man Admits To Pulling Off A Woman's Hijab On An Airplane 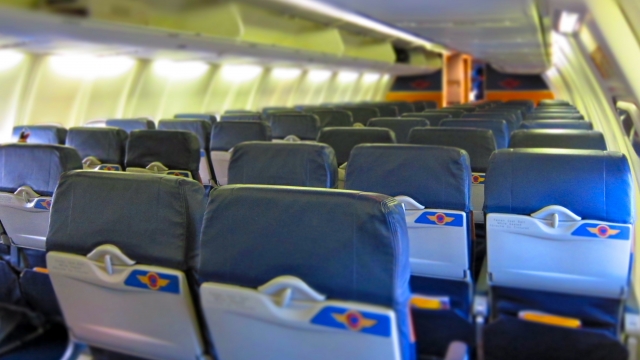 SMS
Man Admits To Pulling Off A Woman's Hijab On An Airplane
By Samantha Crook
By Samantha Crook
May 14, 2016
In his plea agreement, Gill Parker Payne also admitted to saying something like "Take it off! This is America!"
SHOW TRANSCRIPT

A North Carolina man pleaded guilty to "forcibly" pulling off a woman's hijab during a Southwest flight.

Gill Parker Payne admitted that he walked up to the stranger wearing the religious headscarf and told her to take it off during a flight from Chicago to Albuquerque at the end of last year.

In the plea agreement, Payne also admitted to saying something like "Take it off! This is America!" and pulling the woman's hijab completely off.

The U.S. Attorney for the District of New Mexico said: "This prosecution sends a clear message to anyone who contemplates the use of threats or intimidation to interfere with the right of individuals, including members of our Muslim community, to express their faith without fear."

Payne faces up to a year of imprisonment and a $100,000 fine. A date for his sentencing hearing has not been set.

This video includes an image from sittiealiah M A / CC BY 2.0.