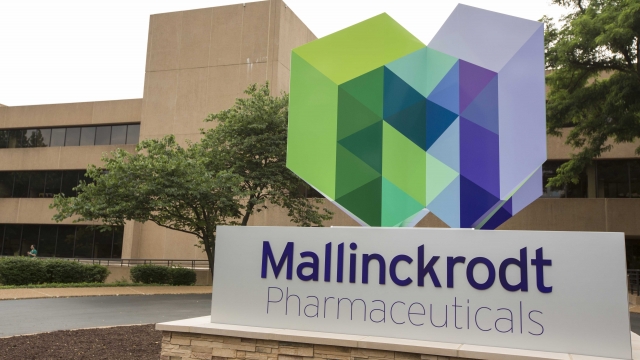 SMS
Mallinckrodt Pharmaceuticals Reaches Tentative $1.6B Opioid Settlement
By LeeAnne Lowry
By LeeAnne Lowry
February 26, 2020
Under the conditions of the deal, the company will become free of all opioid-related claims against it.
SHOW TRANSCRIPT

Mallinckrodt Pharmaceuticals says it has reached a tentative agreement to settle hundreds of lawsuits from thousands of local governments over its role in the U.S. opioid crisis. It made the announcement Tuesday.

Mallinckrodt is one of the largest generic drug manufacturers. The Associated Press reports the company shipped 2.3 billion opioid pills between 2006 and 2014.

Here's what that deal looks like: Mallinckrodt will pay most of the $1.6 billion to a trust to pay for costs related to the opioid crisis. It also won't be allowed to market opioids moving forward. In return, the company will be free of all opioid-related claims against it.

It's been approved by 47 states' and territories' attorneys general.

Florida's attorney general said the tentative agreement is a "step in the right direction towards providing relief for victims and protecting Floridians from this deadly epidemic." In 2010 alone, a subsidiary of the company shipped 210 million doses of oxycodone to Florida.

Additional reporting by Geoff Mulvihill of the Associated Press.