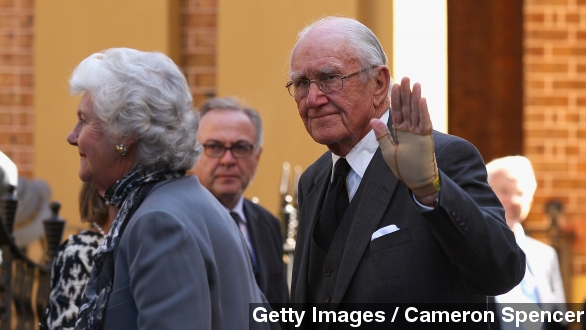 Fraser's time in office began with constitutional crisis, when, in November 1975, Prime Minister Gough Whitlam was dismissed from office and power was handed over to the opposition leader. (Video via ABC Australia)

Fraser's political career was also marked by an outspoken commitment to human rights, including opposition to apartheid.

Praise for the former prime minister immediately began coming in from his successors. Julia Gillard said Fraser, "in and beyond politics was a leader in the fight for racial equality," and Paul Keating said, "He was particularly committed to the rights and freedom of individuals."

A statement from Fraser's office said he died after a brief illness. He leaves behind his wife, two sons and two daughters.