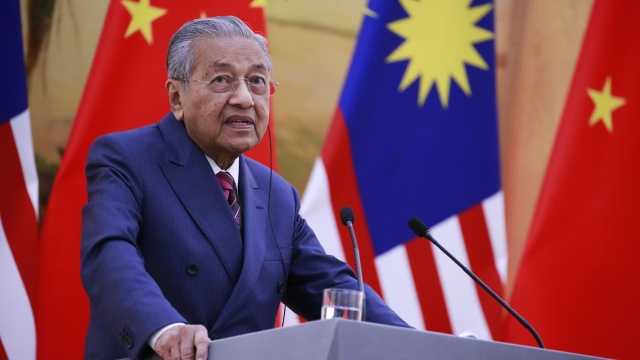 Malaysian Prime Minister Mahathir Mohamad has denounced the investigation into the downing of Malaysia Airlines Flight 17, saying the findings are based on "hearsay."

The commercial plane was traveling from Amsterdam to Kuala Lumpur when it was shot down over eastern Ukraine in July 2014. All 298 people on board died in the crash.

On Wednesday, a group of international investigators announced that arrest warrants had been issued for four suspects. Three of the men are from Russia and one is from Ukraine.

Speaking to reporters on Thursday, Mohamad said, "We are very unhappy, because from the very beginning it was a political issue on how to accuse Russia of the wrongdoing."

He said the investigative team — which does include authorities from Malaysia — has not yet provided proof that Russia is guilty.

In 2018, that same investigative team concluded the plane had been brought down by a Buk missile fired from a launcher belonging to a branch of the Russian military. Russia's denied it was involved in the incident.

The investigators believe the four suspects transported the Russian-made missile to Ukraine with "the aim to shoot down an airplane." All four are being charged with murder.