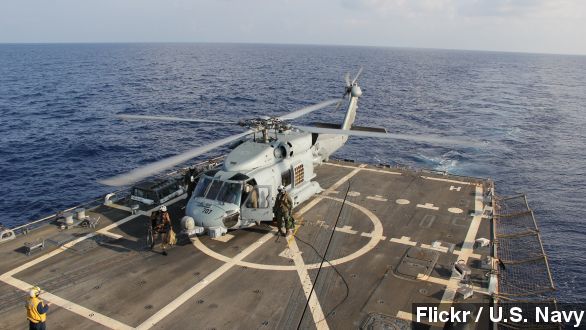 By Nathan Byrne
March 31, 2014
Officials insist there's no time limit on the search. But time appears to be running out.
SHOW TRANSCRIPT

The search continues for the missing Malaysia Airlines plane. Every few days, it seems, new objects are spotted in the ocean — then determined to have no connection to the jet.

Officials insist there's no time limit on the search. But time appears to be running out.

"It's been three weeks since the Boeing 777 vanished with 239 people on board." (Via The Weather Channel)

According to The Washington Post, Flight 370's black box "will emit signals for about 30 days, which means the operation has only about a week left to find it before it goes silent."

Al Jazeera's aviation analyst predicts the search will get smaller and more quiet as it goes on.

"However, they will continue to search as they did in the Air France disaster until they locate it. It took two years to find the black boxes in that instance."

Time reports an Australian black-box detector ship called Ocean Shield has been sent toward the search zone. But it could take as long as four days to get there.

This follows the latest round of suspected debris-spotting, which led to a first in the search — but still remains fruitless. (Via CBS)

"For the first time yesterday, ships were able to retrieve objects sighted from the air, but everything they dragged up was just flotsam and jetsam. Just ordinary garbage you'd find in any ocean."

Australian Prime Minister Tony Abbott maintains the search will go on, and its magnitude and intensity are increasing.