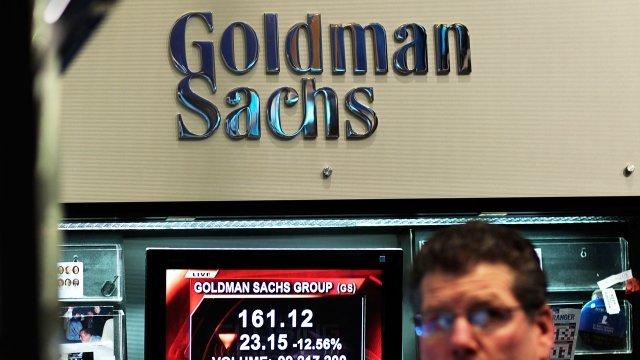 Authorities accused the bank of fraudulently diverting billions of dollars and misleading investors in the 1MDB investment fund scandal.

Malaysian authorities have filed criminal charges against Goldman Sachs and two of its former employees in connection with a financial scandal involving state-run investment fund 1MDB.

Malaysia's attorney general said in a press release Monday the allegations are "grave violations" of the country's securities laws.

And he said the government will seek billions of dollars in fines and prison sentences for the accused.

Goldman Sachs helped raise $6.5 billion through three bond offerings for 1MDB in 2012 and 2013. Authorities have accused the bank of fraudulently diverting $2.7 billion of that money and misleading investors about it.

The U.S. Department of Justice has said a total of $4.5 billion was stolen from 1MDB by high-level officials. The fund is now under investigation in at least six countries.

Goldman Sachs said in a statement it believes the charges against it are "misdirected," and the company is looking forward to the opportunity to present its case.