Clean Energy Or Fossil Fuels? The President And The Country Disagree 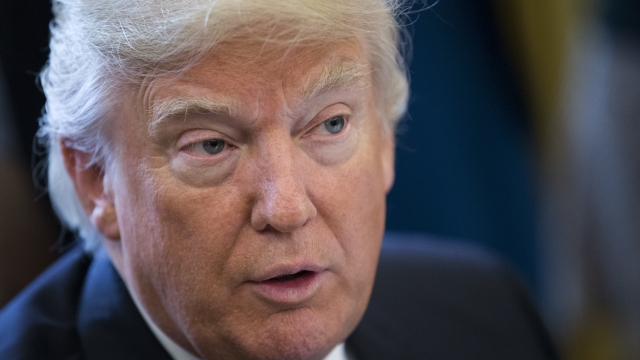 President Donald Trump might not be a big proponent of alternative energy, but a majority of people in his country are.

It shouldn't come as a surprise that young people made up a lot of the "yes" votes for clean energy. More than 70 percent of those under 50 opted to prioritize alternatives.

If Trump's record is any indication, he's not quite on the same page.

The president has been a strong advocate for the use and expansion of coal and oil. His "America First Energy Plan" claims the U.S. has "vast untapped" energy reserves, and accessing them will create jobs.

And the day of Trump's inauguration, the White House web page dedicated to climate change disappeared.

Trump also tapped oil CEO Rex Tillerson to be his secretary of state. The president has previously said he will pull the U.S. out of the Paris Climate Agreement — though more recently he said he has an "open mind."

Trump's energy plan acknowledges the need for for protecting clean air and water. But it's unclear how that responsibility and coal and oil expansion will go hand-in-hand.