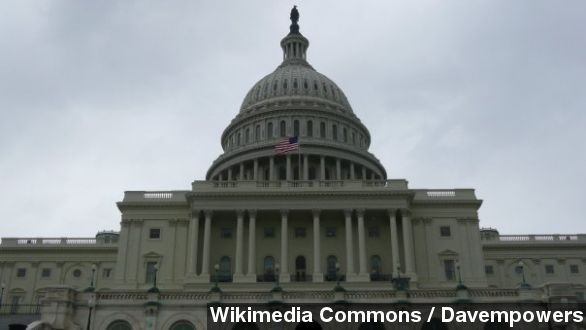 A new analysis from the Center for Responsive Politics shows more than 50 percent of members of Congress have a net worth greater than $1 million.

Last year's Congress — in addition to being the least productive and least popular Congress on record — was also the richest.

According to a new analysis by the Center for Responsive Politics, the 113th Congress had a median net wealth of just over $1 million dollars. It's also the first time in history more than 50 percent of Congress have been millionaires, in what the Center calls "a watershed moment at a time when lawmakers are debating issues like unemployment benefits, food stamps and the minimum wage."

Topping the list is California's Republican representative Darrell Issa, whose average net worth was around $464 million. Issa made his fortune in the car alarm business and has consistently ranked as one of Congress's wealthiest members. (Via Politico)

At the other end of the spectrum is another Californian Republican representative, David Valadao, who's $12 million in the red thanks to loans for his family's dairy farm. (Via C-SPAN)

The issue of Congressional wealth has been a political talking point for years, so it's no surprise the new findings caused some outrage. A researcher for the left-leaning Economic Policy Institute told The New York Times: (Via The Washington Post)

"Congress not only seems more responsive to policy desires of the very rich, but increasingly they are the very rich. ... They probably know far fewer people cut off by the failure to extend unemployment benefits, and that makes them less sensitive to just how much damage that cutoff is going to cause."

But aside from politics, the group behind the study says Americans have good reason for fretting over the wealth of their politicians. One example: wealthy Congress members are bound to encounter conflicts of interest.

"Thousands of companies are given billions of dollars worth of government contracts every year, and many will often lobby Congress directly. ... All the while, lawmakers themselves sometimes have stock holdings or other financial relationships with these corporations and associations." (Via Center for Responsive Politics)

The companies most heavily-favored by Congress when it comes to investment: General Electric, Wells Fargo and Microsoft.