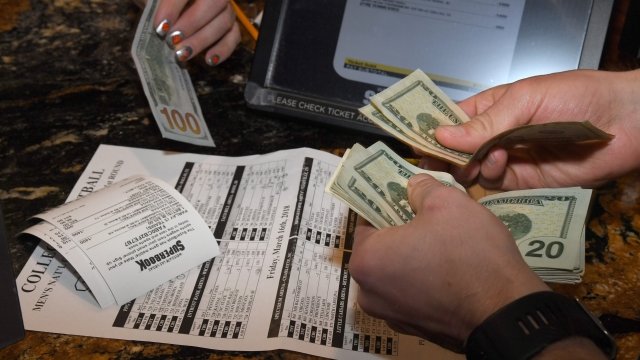 Major league basketball, football, baseball and hockey could stand to make more than $4.2 billion combined through legalized sports betting, according to a recent study.

The Nielsen Sports study, which was commissioned by the American Gaming Association, surveyed more than 1,000 sports fans and sports bettors across the country to predict how a nationwide legal sports betting market would affect consumers of the four major U.S. sports leagues, and what kind of revenue could be generated. This includes revenue through TV advertisements and sponsorship deals from said services, as well as indirect earnings from media rights, merchandise and ticket sales.

The U.S. Supreme Court voted in May to remove federal sports gambling restrictions and leave it up to individual states to choose whether to legalize it or not. Since then, sports betting is now legal in New Jersey, Delaware, Mississippi, Nevada and West Virginia.